It wasn’t too long ago that the Metropolitan Division was the toughest in hockey. During that run, the division was dominated by elite goalies. Names like Henrik Lundqvist, Marc-Andre Fleury, Braden Holtby, and Sergei Bobrovsky were dominant. From 2010-11 until 2015-16, these guys made it tough for any team to score. For reference:

The other teams in the Metro had their goalies play as well, but they either didn’t stick around long enough or were put in a 1a / 1b situation. Jaroslav Halak had a good couple years with the Islanders. Steve Mason had a good run between Columbus and Philadelphia posting a .920sv% and a 2.44 GAA from 2012-13 to 2015-16.

We could be seeing the resurgence of goalie domination in the division.

There are a few names that have been in the discussion for top goalie prospect for a couple of years. Depending on when you looked, or which scout you trust more, Igor Shesterkin, Ilya Samsonov, and Ilya Sorokin have all been discussed as the best goalie prospect. All three have dominated in the KHL and the international games they’ve been apart of.

Count it! It's a @pepsi shutout for Ilya Samsonov. pic.twitter.com/j7fti4VFiS

Welcome to the Show, Igor Shesterkin!

During 8 KHL seasons Ilya Sorokin made 6578 saves. Here are 10 best of them. #KHLMoments pic.twitter.com/UW3VRc9StC

Yup, Elvis is a rockin'. 🎸 pic.twitter.com/t2z0jwvsMj

Rounding Out The Division

You are not human. pic.twitter.com/LZj71YA0mW

Six of the eight teams in the Metropolitan Division have top-rated young goalies making their presence felt in the NHL. If everything plays out right, the Metro is going to be hell for every team.

I can’t wait to watch it all unfold! 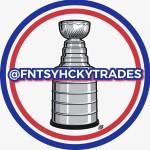